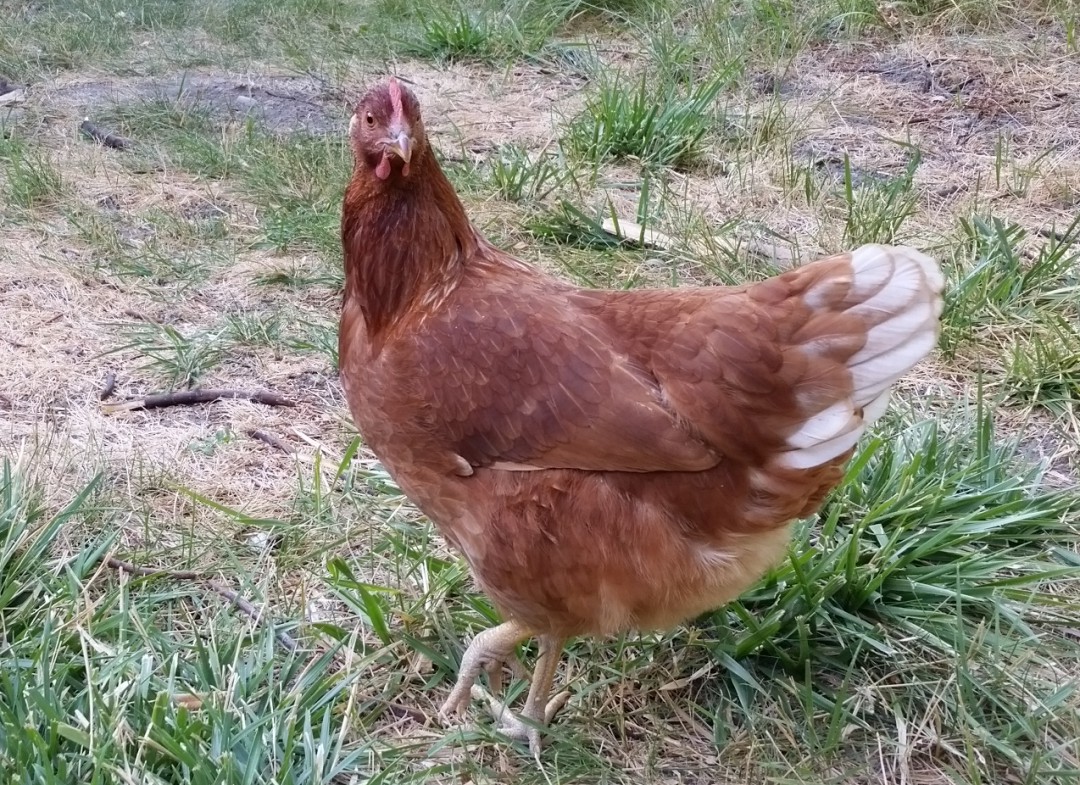 Our friends Toni and Jessica brought their young chicken Pippi to our house today. Since they would be out of town for a couple of weeks, they needed a pet hotel while they are gone. This chick had never been with other chickens before since her siblings were killed by a predator when they were very young. Pippi became an orphan and ran away from the neighbor’s house where she used to live. She found Toni and Jess’s place over the fence, and decided to move in. She actually moved into their house and slept up high on a rafter. She quickly became a friend with their female mallard, called “Duck.” Basically that was the only social experience she had in her life till today. Pippi is a few months older than our baby chicks who were born in June. Being as clueless about pecking order as she is, Pippi challenged our Alpha hen, Mai, the Ameraucana. After some chest-bumping battle with Mai and being defeated,  Pippi realized that it was not a good idea. She never challenged Mai again. She has a lot to learn in our flock. Seems like this will be a “boot camp” for Pippi. She is used to sleep inside of the house at Toni and Jess, we accommodated her special needs, by installing a perch close to the ceiling in the living room. We figured that it would be just for a short time, and there’s no need to change her habit.